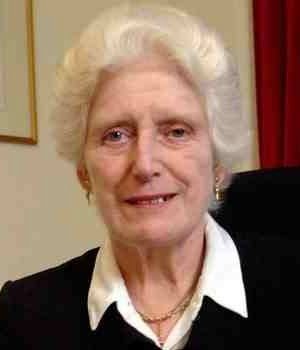 Dame Elizabeth Butler-Sloss is under fire for having taken the chair to inquire into allegations of historic establishment cover up of child abuse, when her brother stands accused of being party to such cover up. There is indeed a prima facie conflict of interest here, and I've been thinking this one over all day, (off and on, among other things). Now I think I have reached a personal conclusion.

What needs inquiring into, (among other important things, but this one’s pretty central), is this: we had people in positions of authority and responsibility who are alleged to have been conflicted when they became aware of allegations of wrongdoing, but failed to pursue those allegations because that may have disadvantaged them in some way. Perhaps politically, perhaps in their career aspirations, perhaps because it threatened to bring into disrepute a social group to which they belonged. We've accepted these people into positions of authority and responsibility with the unspoken bargain that they should in return exercise such powers responsibly, for the benefit of wider society and not for personal protection or advancement.  And we've been let down: by cash for questions; by the MPs expenses scandal; by the failure to hold Jimmy Savile to account; by disgraceful cover ups over Hillsborough; by the phone hacking scandal.

It seems to me that there will be no one in the establishment with the authority to inquire into this matter, who is not tainted in some way by association.  And despite the appearance of conflicted interests, that is not what we need. What is needed is someone who has the integrity to rigorously inquire into these allegations despite it being potentially damaging to the good name of a close family member, and not someone whose potential embarrassment remains concealed.

All commentators who seem well enough informed to judge her describe Dame EBS as possessing impeccable integrity and unparalleled qualifications to chair this inquiry.  And continuing to chair the inquiry would give her the opportunity to set an example to those pillars of the establishment and inquire into this matter as rigorously as they all perhaps should have done all those years ago, and damn the consequences.

I think she should proceed, and show them what integrity looks like, because it's a lesson many in the establishment need to learn.